The world of chess and its accompanying rating system can be intimidating for a new player. Here is a short guide to understanding what USCF ratings mean.

A chess rating is a number that reflects a player’s skill level. For school level players, the number may range from 101, for an absolute beginner, to as high as 2000, for an exceptional player. The number is calculated based on a player’s performance in relation to other rated players when he or she competes in a US Chess Federation (USCF) tournament. The higher the number, the more skilled a player is considered to be.

Below is a list of sample ratings and how they typically correlate to chess skill:

• 400 – Rating assigned before first tournament; however if you play in a rated event and lose all your games, you can go as low as 101
• 800 – A player who knows some basics and sees a fair number of threats/ opportunities
• 1200 – A developing chess player who understands some chess strategy
• 1600 – A strong grade school level player
• 2000 – Expert level – very few players reach this level while in grade school
• 2200 – Minimum rating to be considered a chess master
• 2400 – Senior Master
• 2500 – Minimum rating as part of requirements to earn the Grandmaster title
• 2900 – The World Champion is typically rated close to this
• 3000 – No one has yet attained this in standard tournament competition.

To put the ratings in perspective, Magnus Carlsen, the current chess World Champion has a FIDE (World Chess Federation) rating of 2837 (as of December 2017). Magnus Carlsen is the highest rated player of all time and reached a peak rating of 2882, the highest in history, in May 2014. Garry Kasparov’s peak rating was 2851, which he reached in 2000.

A chess rating is provisional until a player has participated in 26 USCF tournaments. During this provisional period, ratings can vary drastically and may jump up or down hundreds of points depending on whether a player wins or loses. Once a player’s rating is established, the fluctuations will be less dramatic as the rating is based on the player’s result as well as their opponents’ ratings. The rating should go up with a win and down with a loss but when the player draws, their rating will go up or down depending on whether they were rated higher than their opponent (in which case they will go down) or lower (they will go up).

The scenarios listed below provide an idea of what ratings changes to expect after each game:

The key is not to attach too much importance to your child’s chess rating and not to obsess over it. Ratings can be useful to help track performance and set goals, but keep things positive & in perspective. Be sure to encourage them to play to the best of their ability – and have fun! 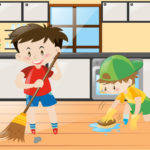